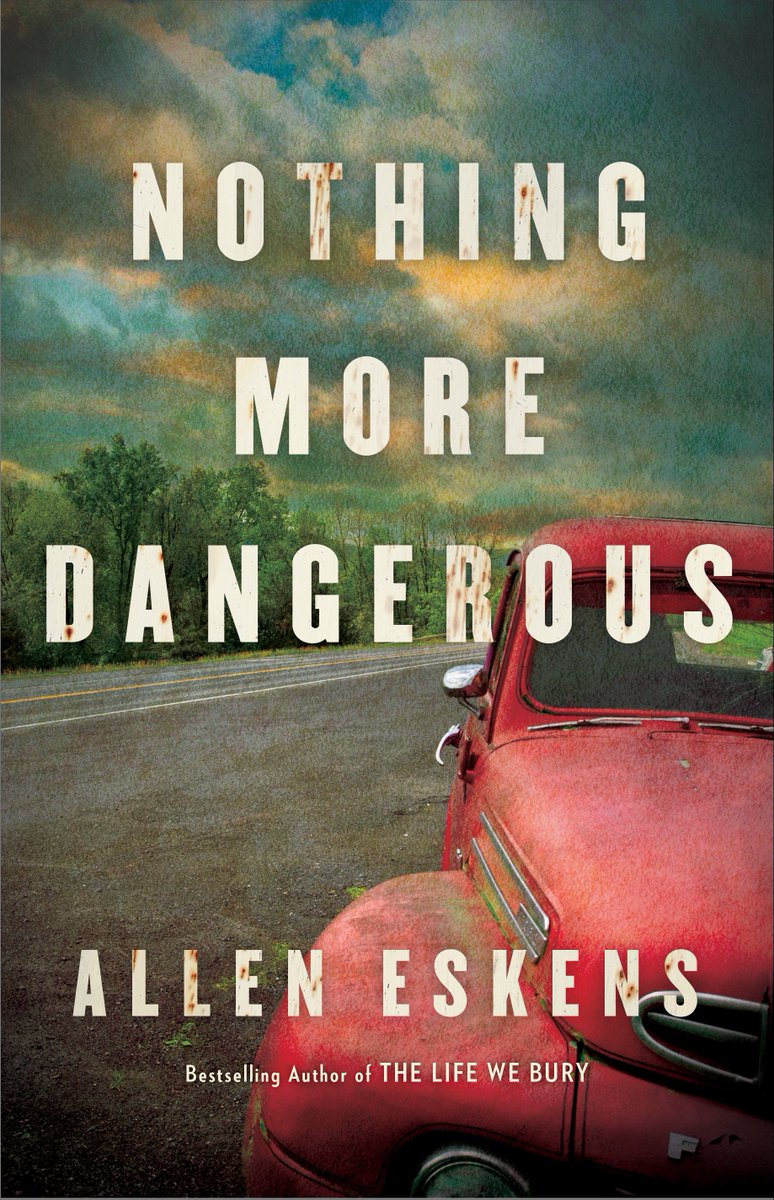 We are delighted to welcome award-winning author Allen Eskens back to Scout & Morgan Books with his new novel, Nothing more Dangerous.
“After fifteen years of growing up in the Ozark hills with his widowed mother, high-school freshman Boady Sanden is beyond ready to move on. He dreams of glass towers and cityscapes, driven by his desire to be anywhere other than Jessup, Missouri. The new kid at St. Ignatius High School, if he isn’t being pushed around, he is being completely ignored. Even his beloved woods, his playground as a child and his sanctuary as he grew older, seem to be closing in on him, suffocating him.
Then Thomas Elgin moves in across the road, and Boady’s life begins to twist and turn. Coming to know the Elgins — a black family settling into a community where notions of “us” and “them” carry the weight of history — forces Boady to rethink his understanding of the world he’s taken for granted. Secrets hidden in plain sight begin to unfold: the mother who wraps herself in the loss of her husband, the neighbor who carries the wounds of a mysterious past that he holds close, the quiet boss who is fighting his own hidden battle.
But the biggest secret of all is the disappearance of Lida Poe, the African-American woman who keeps the books at the local plastics factory. Word has it that Ms. Poe left town, along with a hundred thousand dollars of company money. Although Boady has never met the missing woman, he discovers that the threads of her life are woven into the deepest fabric of his world.
As the mystery of her fate plays out, Boady begins to see the stark lines of race and class that both bind and divide this small town — and he will be forced to choose sides.”
“This powerful, unforgettable crime novel is a coming-of-age book to rival some of the best, such as William Kent Krueger’s Ordinary Grace or Larry Watson’s Montana 1948…. A must-read.” —Library Journal (starred review)
A LIBRARY JOURNAL Mystery Pick of the Month
Nothing More Dangerous will be released on November 12th. Our event is free and open to all. Can’t make the event? We are happy to have copies signed for you.
Loading Map....
Scout & Morgan Books
114 Buchanan Street North - Cambridge
Events
45.5731502 -93.22153049999997